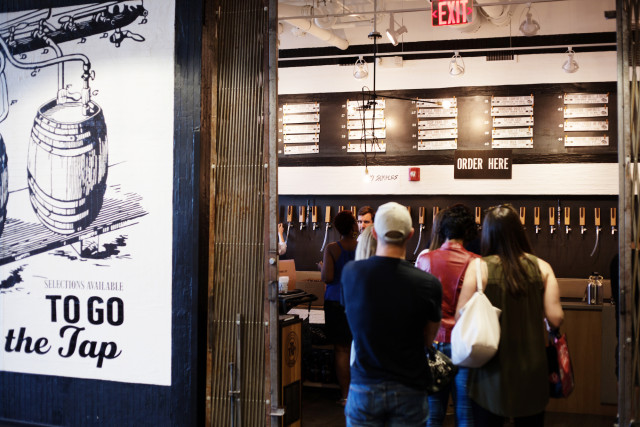 Every Tuesday at 4pm we will tap a hard to find, often limited keg. Since we try to feature the latest beer releases, and kegs are often delivered Tuesday morning, we do not have a schedule of upcoming beers. To find out which rare beer is being tapped head over to our Facebook, Twitter or Instagram every Tuesday. We will also try to update this page as soon as we know which keg will be featured.

October 19th:
Rare Beer Tuesday: Wild Leap Honey Project - Wild Leap just turned four this past month and they've been coming out with some great anniversary brews to celebrate! Tomorrow we'll be tapping an extremely limited batch of Honey Project, a beer/mead hybrid brewed in collaboration with the Auburn Bee Lab. This style of beer is known as a Braggot. Honey Project was conditioned on Earl Grey Tea to give it a light, slightly sweet, tea and honey profile that perfectly disguises its 11.5% ABV. Cheers to four years Wild Leap!

*Supplies are limited! May sell out quickly*