The History of Beer in Atlanta 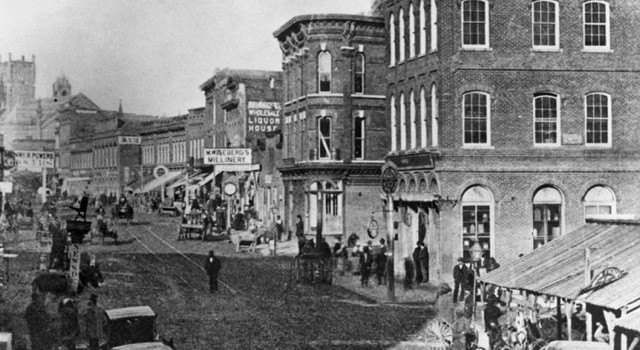 Atlanta is an awesome city for craft beer enthusiasts because we have an abundance of tasty, Georgia craft beer. But the city of Atlanta hasn't always been such a great place for beer lovers — and if anything, it used to be the opposite.

Don't believe us? Read on to learn more about the history of beer (or lack thereof) in Atlanta.

Atlanta was established in 1837 because it was the terminus of the Western & Atlantic Railroad. This provided the area with access to goods and led to the establishment of a large number of saloons. In fact, by the year 1885, there were 118 saloons in the relatively new city that only had about 50,000 residences.

In 1907, the state of Georgia outlawed the production, sale, and transportation of alcohol. This put a stop to the city's booming alcohol businesses — which did millions of dollars in sales each year. Fortunately, prohibition ended in the mid-1930s and alcohol was once again legal in the peach state.

Even after prohibition ended, Atlanta's beer scene stayed relatively small for most of the 20th century and it wasn't until the 1990s that breweries began to pop-up around the Atlanta area. This growth and love for craft beer continued, as more breweries were established throughout the 2000s and the 2010s.

As for the Tap on Ponce, we've been around since 2016, and are grateful for the opportunity to provide affordable craft beer to the people of Atlanta.

Now that you're well aware of the history of beer in Atlanta — we bet you're ready for a drink. Check out what beers we currently have on tap!

See you at the tap!