Sour Beers to Beat the Heat 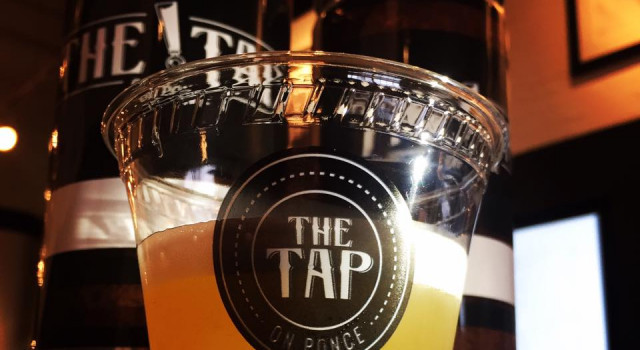 It's summertime in Georgia again, which means it's very hot, and you're probably looking for a way to beat the sweltering, summer heat. Luckily, we have the perfect solution for craft beer lovers — sour beer. That's right — at the Tap on Ponce, we have plenty of sour beers that are sure to keep you feeling cool, refreshed, and relaxed all summer long.

Read on to learn more about sour beers and hear some of our favorite styles that are regularly available on tap.

What is Sour Beer?

Before we get into the styles of sour beers, let's cover the basics. Sour beers have a long history, they come in a huge variety of flavors, and are hands down some of the best summer beers.

But what separates sour beers from the rest is that they're made with tiny organisms called Pediococcus and Lactobacillus. Without getting too nerdy, these organisms are a type of microbial bacteria that create lactic acid and give the beer that tasty, sour flavor that we all love.

Flanders Red Ale comes from the northern half of Belgium, which is known for having a diverse influence from surrounding countries in Europe. This has affected this area's beers, and the Flanders Red Ale is anything but an exception.

This style of craft beer usually has flavors such as plums, berries, cherries, chocolate, and vanilla and was traditionally fermented in oak barrels — and often still is today. It's a reddish, brownish, burgundy color that's often said to look like red wine — and is sometimes thought to taste like red wine as well.

Humans have been fortunate enough to enjoy Berliner Weisse for hundreds of years. It's a German, wheat beer that's known for having a low amount of alcohol, minimal sugar, and containing no hops — allowing for a more intense sour flavor. Overall, this beer is an awesome combination of lactic acid and yeast that leaves the drink looking very pale and tasting incredible.

Gose beers, pronounced "go-suh," originated in Goslar, Germany, where they were made from the salty water of the Gose River. There is a wide variety of flavors within this style, but it's common for these drinks to include citrus fruits and appear a light-yellow color.

When you taste a gose, you'll defiantly enjoy the sour tang, but you'll also notice a salty flavor — making it totally unique while remaining super tasty.

Stop by the Tap

After reading this list, we're sure you're ready for a sour beer, and we’ve got you covered. If so, stop by the Tap on Ponce and pick up the best craft beer in Atlanta and beat this blazing Georgia heat.

In the meantime, be sure to check out our selection of summer beers on tap.