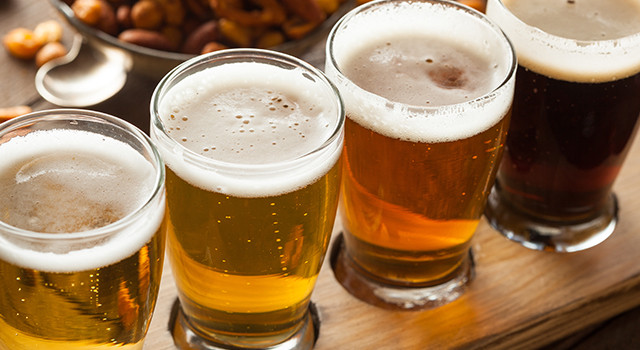 Have you heard of gravity? Not the kind that keeps your beer from floating off into the oblivion. We’re talking specifically about beer gravity. We’ll discuss what it means and why you should care.

Gravity is a measurement of beer’s density. An original gravity (OG) reading indicates the number of dissolved sugars in the beer that can be converted into alcohol. These sugars come from malted grain and are later consumed by yeast to convert wort into beer. In short, the OG is an indication of the beer’s potential alcohol percentage.

Gravity is read as an order of numbers starting with number one followed by a decimal, like 1.043. After fermentation, the difference between the OG and FG is used in a calculation to determine the beer’s alcoholic content (ABV). Beers closer to an OG of 1.100 might land around 10% ABV, while those closer to 1 have a lower alcoholic content.

As you can see, gravity is mighty important to brewing and brewmasters. But it also benefits beer fans to know a thing or two about what they’re ordering. Sure, there are lots of brewing factors at play every time beer is made, but with what we've covered today, you can infer and order confidently using the OG label, especially if the ABV is absent.

And you know some of the basic science behind it - high original gravity beers have more dissolved sugars for the yeast to consume, typically resulting in a higher alcoholic beverage. Session beers and dry, less sweet beers are on the other end of the spectrum. With less dissolved sugar, you can expect low gravity, low-alcoholic content beers.

It's fun to know things about beer, but we won't be quizzing you at The Tap. Come in and enjoy yourself and all that Ponce City Market has to offer.