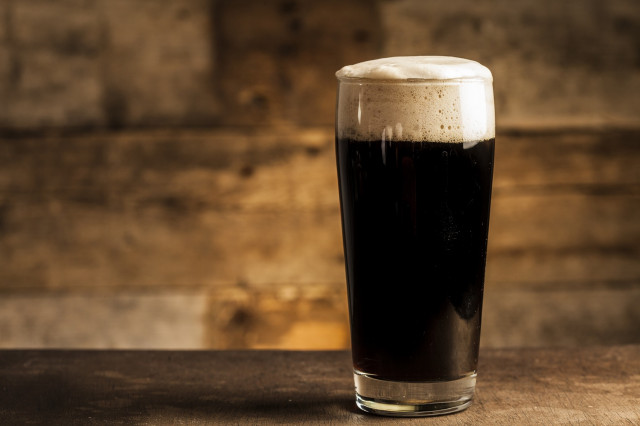 Is there a difference between stouts and porters? Which one came first? How can you convince your IPA-loving neighbor to give them a try? We’ve got the long and short of it here, so you can impress your friends.

Are you passionate about the topic? We’ve only scratched the surface, and we’re always up for friendly debate at the Tap. We’ve got a handful of stouts and porters on tap right now, so your taste buds can get involved, too.

If you don’t think dark beers are your thing, give us a chance to prove you wrong. A lot of myths are out there, and now's a great time to try these roasty beers with toffee, coffee, mocha, and chocolate notes.

The brief history on porters and stouts

What we know is that porters came first. The porter style dates back to 18th century London. And the story goes that the name had to do with the beer’s popularity among cargo transporters, called porters for short.

More robust porters became known as “extra porters,” “stout porters,” and “brown stouts,” which were later shortened to “stouts.” The beers had similar ingredients, and the naming distinction hinged on the strength of the beer. Even the world’s most recognizable stout, Guinness, was an “extra superior porter” before becoming an “extra stout” in the mid-1800s.

What’s the difference between porters and stouts?

The difference between porters and stouts is, in a word, hazy. Many think of porters as lighter in body and alcohol content and stouts as heavier with a higher alcohol content – which jives with our history lesson. But today, it’s not all that uncommon to find a 10 percent ABV porter listed on a menu next to a 5 percent ABV stout. So there goes that theory.

Some claim that porters use malted barley and stouts use unmalted roasted barley which gives stouts a distinguishing coffee flavor. Walk ten steps in the other direction, and you’ll find a craft brewer creating a creamy porter with espresso and chocolate notes made with roasted barley.

So, we’ll cut to the chase – because you see where this is going by now – there are no hard and fast rules anymore. The distinction is pretty open to interpretation. What’s great is that brewers now have a spectrum of malts to pick from, and the future looks to be more about creative discovery than about sticking with where we’ve been.

Common myths about porters and stouts

If these myths were holding you back before, taste away. Here’s what we’ve got on tap.