What defines a session beer? 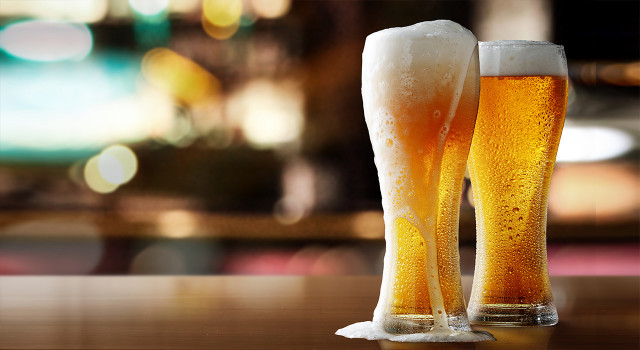 Session beers represent a growing trend in craft beer. According to a Nielsen CGA on-premise survey, about 45 percent of craft drinkers say they want to drink “sessionnable beers” with less than 5 percent ABV. Yet, a 2017 Nielson Harris survey reported that only 28 percent of drinkers were familiar with the term “sessionable.”

So, people are digging sessions, but not everyone knows what session beer means. Let's talk about how it's defined. You guessed it – the answer is debatable.

What’s not a session?

It’s no secret that India pale ales have garnered the attention craft brewers and drinkers over the past decade or so. We’ve seen a hops arms race of sorts. And the beers with the highest alcohol content have been king, referred to as “imperial IPAs.” These are flavorful, hoppy brews that can really get you rocked. They’re what sessions aren’t.

It’s not entirely clear when or why the tides shifted. Some would say sessions are a response to the IPA explosion – the influx of beers with so much flavor and complexity that it’s tough to down multiples. Whatever the shift, session beers are now holding their weight against hoppy heavyweights.

Pretty much everyone agrees that sessions are about drinkability. They’re the kind of ale or lager you can drink over and over again without getting sauced. They don’t overwhelm your palate, they’re balanced and elegant. They’re your all day drinking, tailgate bringing type of beer. They celebrate beer at its best – enjoyed with food, friends, and family.

The dissension lies in the ABV distinction. It seems like most insist that sessions refer to beers with ABVs below five percent. The more inclusive types say up to 6 percent ABV qualifies too. And others are adamant that the absolute maximum is 4.5 percent.

The origins of the session terminology aren’t entirely clear. It seems that most versions point to the term “session” defined in British legislation back during World War I. It allowed English factory workers to drink on the job during two daily sessions. The workers would have low-ABV beers so they weren’t stumbling back onto the job, hence the terminology “session beer.” Others say session simply refers to a long stay at the bar. We’d say that makes sense too.

As always, when it comes to beer, keep learning, sharing, and enjoying. And come see us for a pour at the Tap.