What is Green Wine? 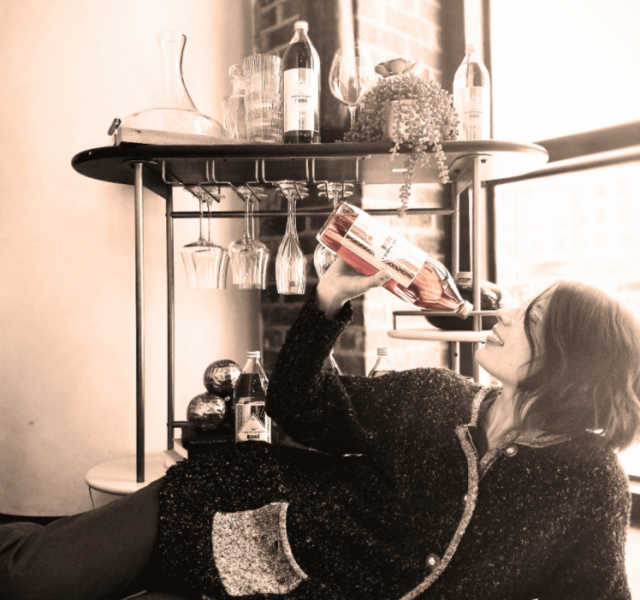 As warmer weather rolls around, you've probably seen this Portuguese wine accompanying midday lunches and early evening dinners all around town. Ever wondered why it's so popular? We'll fill you in.

In the early 20th Century, the farmland of Portugal’s Vinho Verde region were used mostly for corn and potatoes. Grapes were not a priority, and so were planted around the border of the other crops. This means that they got less sun exposure, and so couldn’t totally mature by the time they were harvested.

That didn’t stop Portuguese vintners from using them, though. These “green” grapes, so called because they were unripe, came to define the taste of this regions’ wines, which we now call Green Wine.

Green wine has to be a certain way

Green wine is usually described as being highly acidic and slightly fizzy, but the only thing that actually makes green wine green is where it’s produced. Any wine that comes from the Vihno Verde region is officially green wine, regardless of how it was made.

Many vintners in the region have broken from tradition to produce their own unique varieties, even aging the traditionally young wine in wooden barrels.

While unripe grapes were originally used to produce this wine, its popularity led to a greater focus on the grape farming in the Vinho Verde region. Nowadays, the grapes used are still indigenous to Portugal, but are grown until they are fully mature.

As cool as that would be, it’s simply not true. You can find phenomenal green wines in white, red and rose.

While it’s true that green wine can have any number of defining features, green wine is usually defined for its light, acidic, fizzy profile (though not carbonated enough to qualify as a sparkling wine). This, along with the fruity, floral aromas green wines are known for, makes this wine varietal one of our top choices when warmer weather comes around.