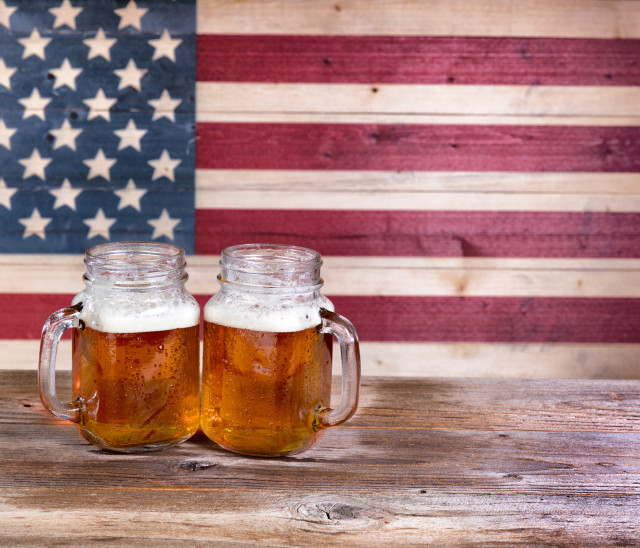 The Fourth of July is time for fireworks, cookouts, and—of course—beer.

It's true that American beer has its roots in the styles brought over by our European ancestors, but over time we've taken those styles and turned them into something that's uniquely ours.

If you're out celebrating on the Fourth, make sure you add some American-style beer to your cooler. Here's what we'd recommend.

If we're talking about American beer styles, we should probably start at the beginning.

The American Lager is one of the oldest types of American beers and is most well known in the mass-produced market, like Budwiser and Miller Light.

Don't pigeonhole this style, though. There are plenty of craft breweries that produce this drinkable, light-bodied, low-alcohol beer style.

A lot of the beer on this list have roots in European styles, but cream ale is definitively American.

When our country saw the first wave of German immigrants in the 1830s and 40s, we were suddenly drowning in German lagers and the existing ale brewers needed something to help them stand out in the market. And then came prohibition.

Those were dark, dry times in our history, and afterward few brewers produced the cream ales that had become so popular pre-prohibition.

When you're living in the Wild West and you're panning for gold, you get pretty used to living without the conveniences of civilization—like refrigeration. Lucky for all of us modern-day drinkers, those gold miners were pretty great at improvising.

They created the steam beer style—a lager that's fermented at a higher temperature than normal because it used the cold night air for refrigeration instead of ice.

Of course, once California became more settled, people went back to using ice, that is until Fritz Maytag bought a controlling stock of Anchor Brewing Company and popularized Anchor Steam Beer throughout the country.

One of the most popular American Pale Ales was born in Chico, California when Sierra Nevada Brewing Company decided to use the locally grown Cascade hops to brew a beer that drew on the English pale ale style.

Their dry, bottle-conditioned pale ale has become so popular they now have bicoastal breweries—one in Chico, Californa and one in Mills River, North Carolina.

Is there anything more American than beach days, baseball games, and cookouts? And what do all those things have in common? They last a long time, and that can be a problem if you're drinking a high alcohol beer.

Session IPAs were created to have a lower alcohol content so that you can drink them all day.

When it comes to hops, West Coast IPAs go big. These bitter beers are known for their citrus and tropical flavors, and they are, it should be noted, unapologetically hoppy. Today, this style has made its way across the pond and is growing in popularity in Europe.

Don't care for that bitter, hoppy flavor you find in the West Coast IPA? No problem, New England's got your back.

This hazy IPA style has become popular recently and is decidedly less bitter than its West Coast cousin. These beers go big on the nose (they smell deliciously orangey) but drink fairly mellow.

Ready to raise a glass to our country's rich brewing history? Us, too. Join us at the Tap today!